Workshops + Retreats: Join moi for a tranquilologie experience. Immerse yourself in the study of tranquility with scents of lavender, lots of love, and dollops of sparkles thrown in. Below are a few options. 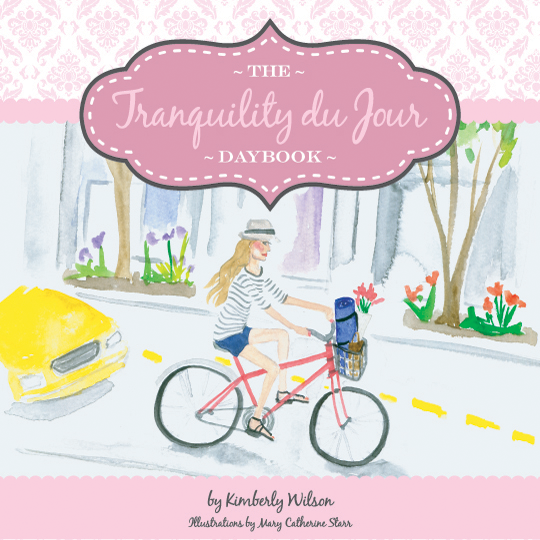 It’s a pink planner, lifestyle organizer, and wellness guide all in one. This perfect complement to Tranquilologie is filled with checklists, inspiration, eye candy, and 52 dateless week spreads so you can start at anytime. 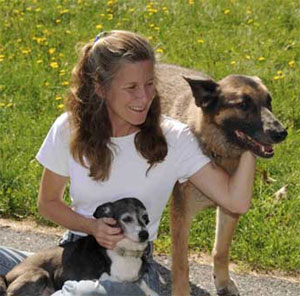 Featured Tranquilista:
In addition to creating IHE’s M.Ed., M.A., and graduate certificate programs and leading IHE’s workshops, Zoe Weil is the author of Nautilus Silver Medal winner, Most Good, Least Harm: The Simple Principle for a Better World and a Meaningful Life (2009), The Power and Promise of Humane Education (2004), and Above All, Be Kind: Raising a Humane Child in Challenging Times (2003). She has also written books for young people, including Moonbeam Gold Medal winner, Claude and Medea: The Hellburn Dogs (2007), about 12-year-old activists inspired by an eccentric substitute teacher to right wrongs where they find them, and So, You Love Animals: An Action-Packed, Fun-Filled Book to Help Kids Help Animals (2004). She has written numerous articles on humane education and humane living and has appeared frequently on radio and television. She has also given an acclaimed TEDx talk, “The World Becomes What You Teach.”

Zoe speaks regularly at universities, conferences, schools, churches, and in communities around the United States and Canada and overseas. She has also served as a consultant on humane education to people and organizations around the world. In 2012 Zoe debuted her 1-woman show, “My Ongoing Problems with Kindness: Confessions of MOGO Girl,” and now brings humane education issues to communities through an entertaining format.

In 2010, Zoe was inducted into the Animal Rights Hall of Fame, and in 2012 she was honored with an award from the Women in Environmental Leadership Program (WE Lead) at Unity College.
Zoe received a Master’s in Theological Studies from Harvard Divinity School (1988) and a Master’s in English Literature from the University of Pennsylvania (1983). She is certified in Psychosynthesis counseling, a form of psychotherapy which relies upon the intrinsic power of each person’s imagination to promote growth, creativity, health, and transformation.

Zoe lives with her husband, teenage son, and several rescued animals at the Institute for Humane Education in Surry, Maine. 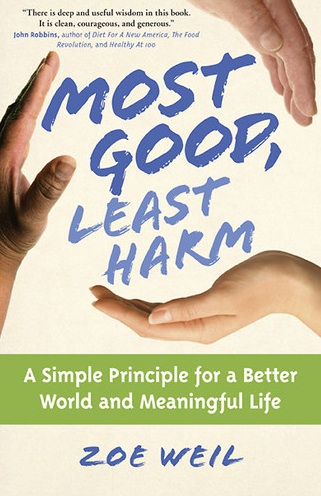 Signature Style: TranquiliT is a line of layers in rayon made from organic bamboo and designed by moi. We sew locally, are a proud member of 1% for the Planet, and plant 150 trees monthly while also donating a portion of proceeds to Tranquil Space Foundation, Farm Sanctuary, and Nest. In addition, we offer vintage and reclaimed goodies because it doesn’t get more eco than reusing! 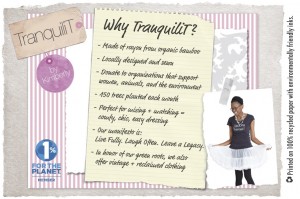 Join the Tranquility du Jour museletter.
Pin along with moi on Pinterest.
Peruse my Etsy shoppe.
Read about my passion for pigs.
Follow moi on Instagram @tranquilitydujour.
Write a review on iTunes – it helps others find our show. 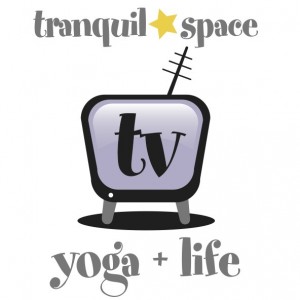 – You don’t need an iPod to listen to the podcast! Click on the  player at the top of the post or click here to listen to older episodes.

– New to podcasting? Get more info at Podcast 411.

– Do you have iTunes? Click here and subscribe to the podcast. You’ll automatically get the latest edition as soon as it’s available!