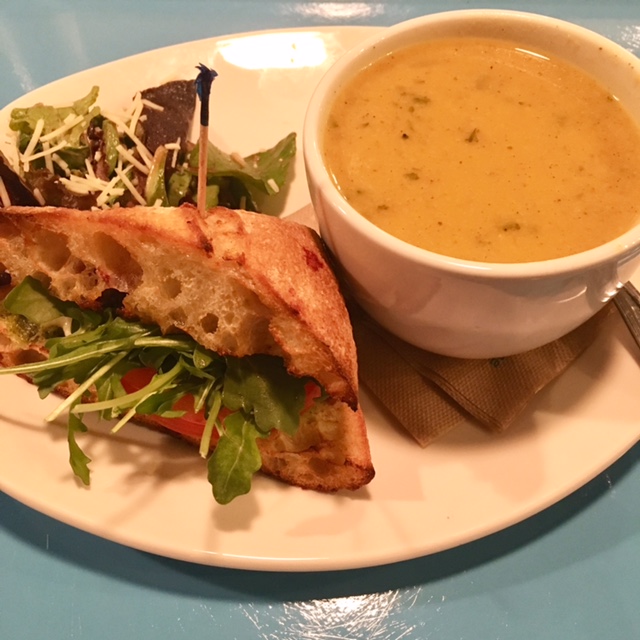 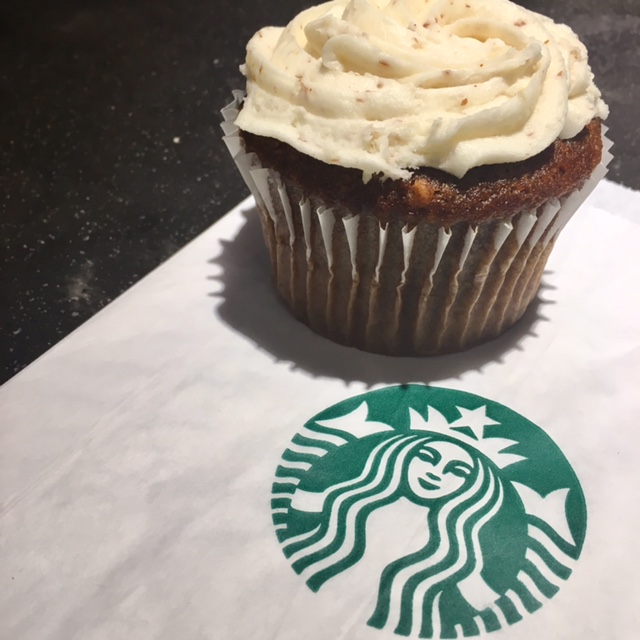 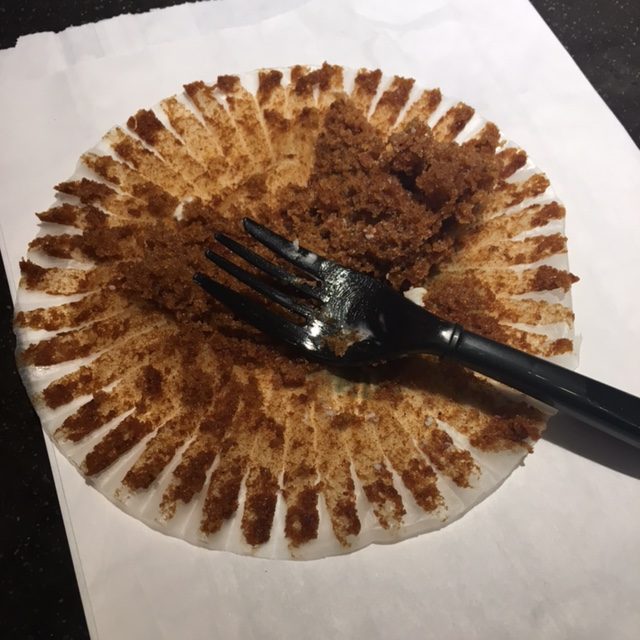 And the detox comes to an end. And what an end it was!

Wednesdays I’m at The Women’s Center with clients from 11 to 8ish and try to dash out for a bite and stretch my legs at some point. Yesterday’s break came around 4:30 when a colleague told me about a new farm fresh eatery called Modern Market across the street. I was eager to give it a try.

After surveying the menu for longer than considered normal debating “They have pizza! Can’t do it. Do I want a salad? Nah. The sandwich looks good. But which of the veg ones is better? Or should I try the 1/2 soup and 1/2 salad?). I mean, really? This is not a life-altering decision. As you’ll see from the photo, I went with a vegan butternut cashew soup and a sandwich which was fairly on point. Except the bread and, okay, probably the tasty blueberry pesto smeared all over the bread.

I was feeling proud of myself for showing pizza restraint, but needed a sweet treat, so I headed to Starbucks to grab a bag of dried apples. Fingers crossed they had “original” in stock. I opened the heavy door and my eyes hit the snack display when I saw the word “cinnamon.” My heart sank.

I picked up the package, turned it over, saw the huge sugar content despite there being no added sugar. Then I picked up the dark chocolate bar with sea salt above it. Less sugar. I was torn. Then the pastry case caught my eye and I saw the sweet potato cupcake. I may have lunged for it. As you can see from the photos above, it didn’t stand a chance. And it may have given me a belly ache.

While I don’t know its sugar content—probably best that way—I do know it was not part of the detox. In my defense, I was in search of dried apples! To tie a bow around the detox, I finished the evening with a handful of homemade kale chips.

As I bring this series to a close, I’m sitting at my desk with a cup of green tea containing a packet of raw sugar. I haven’t sipped from it yet as I wanted to finish my ginger and crystallized lemon water first. I think it may be a religious experience and I want to savor it.

These 10 days have been challenging on numerous levels with all that’s happening in America. I’ve vacillated from anger to sadness to even numbness at times. I experienced a migraine and nausea, but mostly I just suffered from extreme cravings. Not having my go-to sugary, doughy (bread, pasta) comforts wasn’t  easy. And looking back, I don’t think I made it one full day without consuming something “illegal.”

This detox has helped me see how habituated these food choices are, how filling non-sugary and non-doughy foods are, and how much work it takes to rewire. I hope to continue this journey (don’t worry, I won’t be detailing it moving forward), so that I do more than combine my pizza with kale chips. Instead, I eat less pizza-like food altogether.

As Michael Pollan says, “Eat food. Not too much. Mostly plants.”  Bisous. x