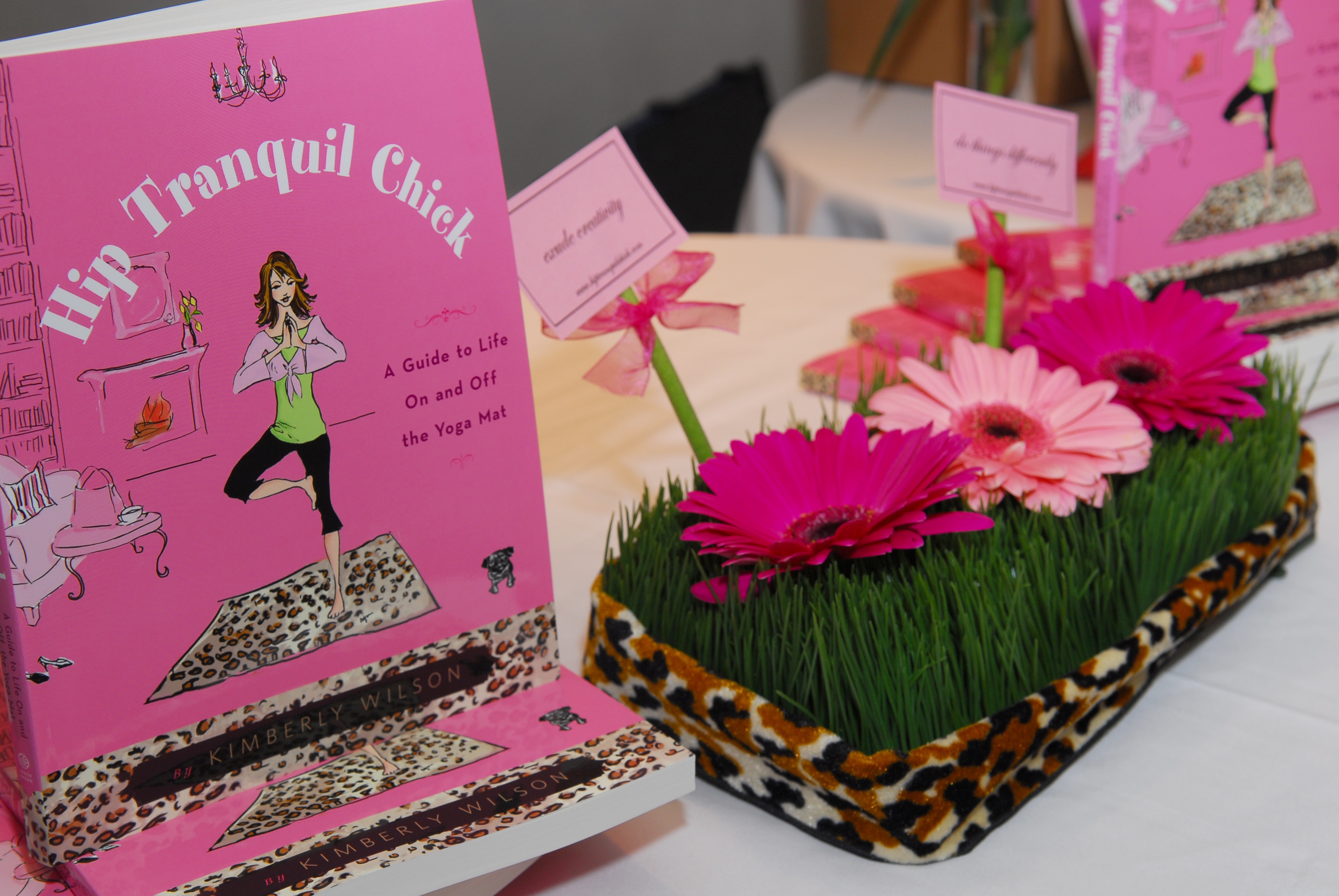 I’m delighted to announce December’s Hip Tranquil Chick 10-year birthday, a special bonus if you register by October 31, AND a sneak peek into the freshly penned *draft* HTC10 introduction.

Late 2006 a pink and leopard-print book hit the shelves filled with tips for life on and off the yoga mat. To celebrate Hip Tranquil Chick‘s 10-year birthday, let’s gather online Sunday, December 4 from 5-7pm ET over a glass of bubbly, a potpourri of tranquility practices, and a colorful new chapter highlighting the past decade.

The event will stream from my tiny Pink Palace with a live in-home audience. Festivities include mini workshops, seated yoga, mindfulness practices, a reading from HTC10 (the new chapter), your stories on how the book inspired you (see the FAQs on how to share yours), and more!

HTC10 is a 10-year retrospective filled with photos, inspiration, lessons learned, stories, and savvy sources, plus a peek into my dreams of what’s next. The Playbook complements our live event with suggestions on how best to prepare for and participate in the online gathering with helpful checklists, recipes, playlists, how-tos for the practices, and more. Both PDFs will be sent your way shortly before our gathering.

Register by October 31 to receive a bonus mp3 where I tell the story about writing Hip Tranquil Chick plus the process of penning this new chapter. I can’t wait to celebrate during this festive season (think twinkle lights and holiday jazz) and your presence will be the cherry on top! 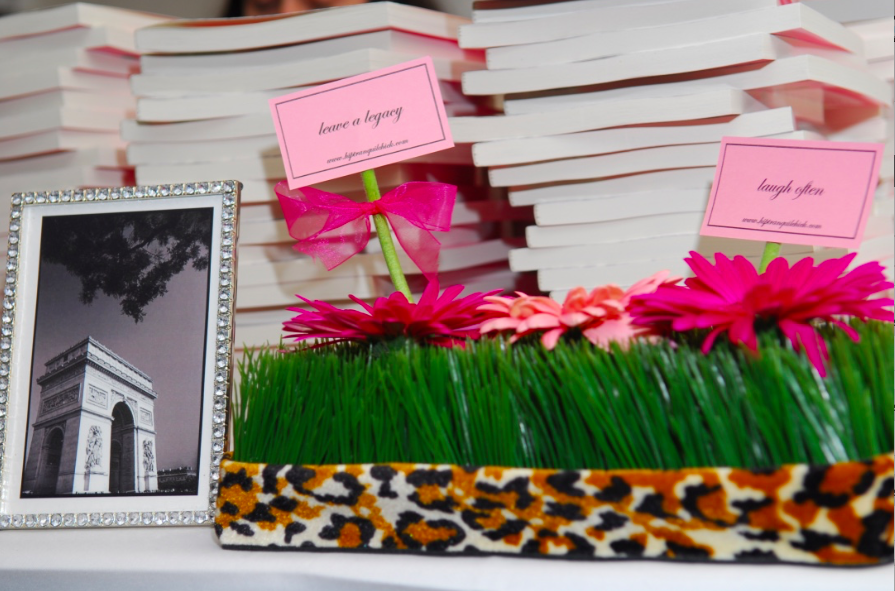 The biggest economic crash since the Great Depression. The iPhone released. iPods become obsolete.  The U.S. elects the first black President and a major party nominates a female presidential candidate for the first time. Facebook, Uber, and Instagram enter the lexicon and become verbs. Marriage equality recognized. Yoga, mindfulness, and podcasts boom. What a decade!

On the micro scale, I had two surgeries to repair injuries—we’re talking spurs and rotators here—and exchanged yoga pants for pumps when I took a job downtown. I lost my beloved 99-year-old Gramma to, well, being 99. My firstborn pug and black cat crossed the rainbow bridge due to cancer. We adopted two rescue dogs, Mookie and Belle Starr, from Oklahoma and I traveled to Paris six times. Throughout these ebbs and flows, I’ve come to know that one thing is certain—everything changes.

When Hip Tranquil Chick was released in 2006, I was 33 years old, six years into building my yoga studio, dating a non-profit attorney named Tim, and parenting pets. I dreamed of taking our newly formed non-profit—focused on tranquility for teen girls—global. I worked around the clock and couldn’t imagine a day that wasn’t booked from start to finish. I believed anything was possible.

Today I sit in a corner nook at the Starbucks across from where I see therapy clients and sip green tea with a pen in hand and a different outlook. I’m eager to share how the past decade has changed my view of the world and me. Hip Tranquil Chick was my coming out as an author, lover of pink and leopard-print, and proponent of kitten heels. My vision was to spread the message that yoga is so much more than a practice of stretchy poses on a sticky mat. But what I didn’t know was that my life would become so much more than yoga. Now I spend my days working with clients seeking deeper understanding, go to bed at 9:30pm, and dream of living on a farmette surrounded by rescue pigs.

With the anniversary of the book approaching, I created a survey asking readers what would make a helpful follow up to Hip Tranquil Chick. There was an overwhelming call for what lessons I’d learned since penning the book. I read each comment in awe of the similar requests despite the responses coming from a diverse group of women. They wanted to know more about aging in style, dealing with change and loss, practicing minimalism, handling the influx of technology, finding balance, and incorporating mindfulness. So I spent weeks contemplating lesson after lesson and listing stories that contributed to the lessons. What I found is that many of the lessons are still unfolding and reveal themselves daily—acceptance, mindfulness, kindness. So although some are lessons learned, most are more like “lessons learning.”

There are three key lessons woven throughout the decade: simplify, expansion isn’t everything, and pushing through doesn’t make you stronger. In the pages that follow I’ll share stories of how these hard lessons unfolded. I’ll also share two tips, one that has permeated my life and another that is a playful philosophy of how I want to live my life. One final takeaway that has turned into my life journey is “don’t forget the animals.” More on that one, too.