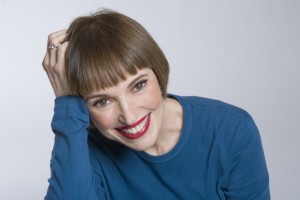 Featured Tranquilista: Victoria Moran has been a Main Street Vegan for almost 30 years and is the bestselling author of eleven books, including Creating a Charmed Life (in 30 languages around the world) and the plant-based weight loss classic, The Love-Powered Diet. Her college thesis became Compassion the Ultimate Ethic: An Exploration of Veganism, originally published in 1985 and the first work on vegan philosophy and practice to come from a major publisher. Victoria is also an inspirational speaker and monologist, a corporate spokesperson, certified holistic health counselor (HHC, AADP), and founder of Main Street Vegan Academy, training and certifying vegan lifestyle coaches.

Cited by VegNews among the Top 10 Contemporary Vegetarian Authors, Victoria appeared twice on The Oprah Winfrey Show and she’s one of the celebrity coaches for PCRM’s 21-Day Vegan Kickstart. Her articles have appeared in Yoga Journal, Mothering, Natural Health, Woman’s Day, Martha Stewart’s Whole Living, VegNews, and Vegetarian Times. Her work has been noted in USA Today, the Chicago Tribune, the Washington Post, Self, Elle, Glamour, Allure, and O, the Oprah Magazine.

A native of Kansas City, Missouri, and an enthusiastic immigrant to New York City, Moran lives with her husband, writer and musician, William Melton, in a “green” condo in Harlem. Her daughter, Adair, and son-in-law, Nick, are neighbors a few blocks north.

OMwork: What are your takeaways from this podcast? How can you incorporate a dose of main street veganism into your daily life? 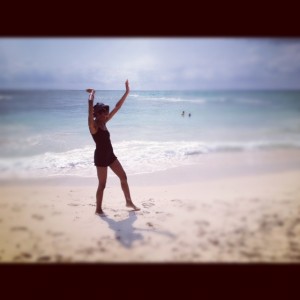 Signature  Style: TranquiliT is a line of layers in rayon made from organic bamboo. We are locally sewn and plant 150 trees each month while also donating a portion of proceeds to Tranquil Space Foundation and Pigs Animal Sanctuary.

Featured Look: playful bloomers that make you want to do cartwheels in the sand.

– You don’t need an iPod to listen to the podcast! Click on the  player at the top of the post or click here to listen to older episodes.

– New to podcasting? Get more info at Podcast 411.

– Do you have iTunes? Click here and subscribe to the podcast. You’ll automatically get the latest edition as soon as it’s available!