What Makes You Come Alive

What Makes You Come Alive 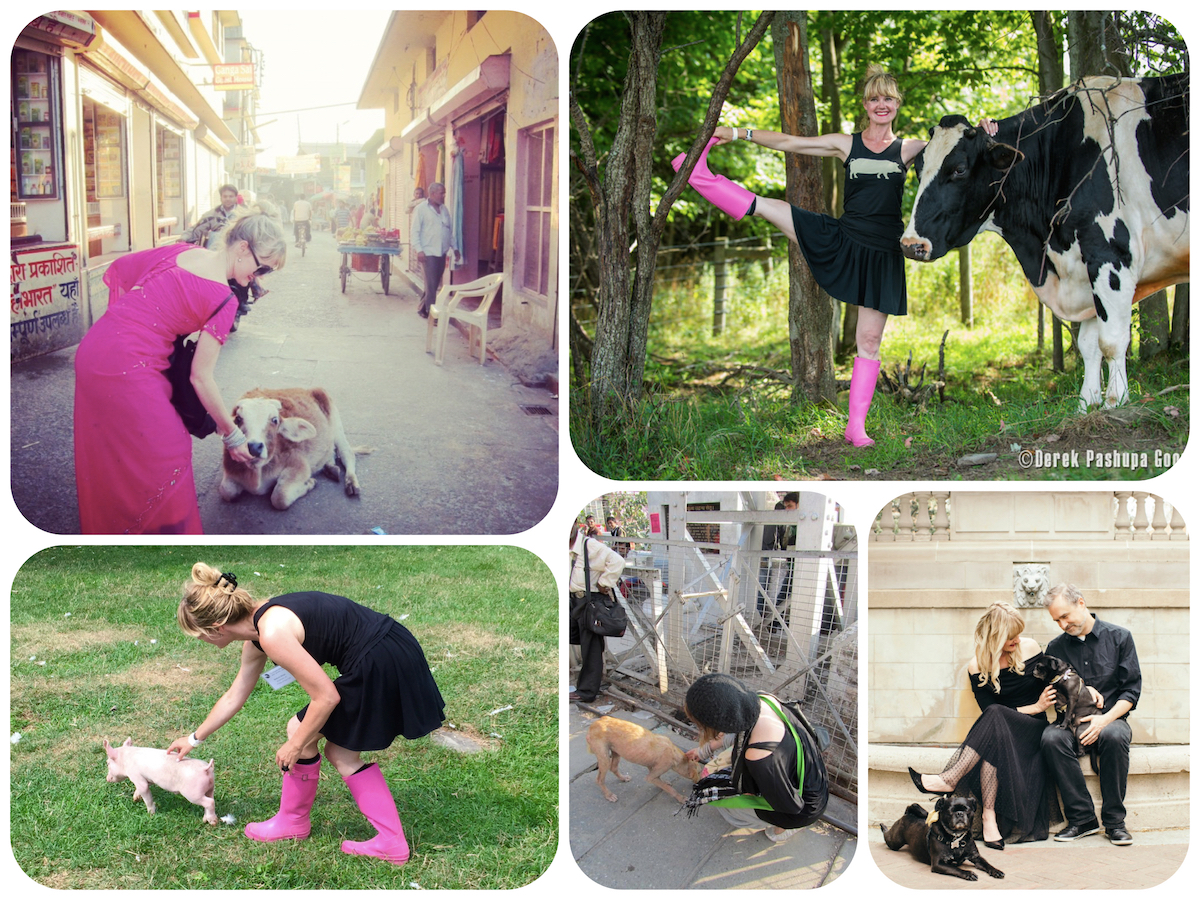 Friday is my 44th birthday and we’re celebrating with a jaunt to the rural Virginia countryside followed by our first visit to stroll Virginia Beach’s boardwalk. Birthdays offer a time for reflection and mine falls mid-year when it’s good to review those New Year’s resolutions and explore what’s to come. In preparing for my birthday reflection, I’ve been thinking about the role of animals in my life.

My deep connection to animals traces back to early childhood. There were abandoned cats and dogs that became our family’s beloved pets, followed by numerous fish, newts, and hamsters. Turtles became my first true obsession at the age of seven. Then apes, now pigs.

In April 2007 I funneled through the receiving line for my coveted 300-hour Jivamukti yoga teacher training certificate and at the end teacher Sharon Gannon reminded us, “Don’t forget the animals.” I haven’t.

During the training, I learned about Farm Sanctuary and adopted a piglet named JD. He had been washed down a river in a flood and was the first of many adoptions. This small offering made me feel like I could have an impact on what was happening in factory farms. Now I know that there are 117.6 million pigs killed for food every year in the United States alone and JD is only one survival story.

In 2010 and 2012 I traveled to India to co-host yoga retreats. In between visiting temples and shopping for pink saris, I spent my time doling out tea biscuits to Rishikesh street dogs and cows. I fell in love with a tan mutt who wandered the Lakshman Jhula bridge, dodging mopeds and pedestrians. He had a skin condition, a skeletal frame, and eyes that appeared enhanced with eyeliner. I visited him daily during our weeklong stay. We named him Lumpyji. Lumpy because of his skin condition and “ji” is a suffix added to names in Hindi to convey respect.

Last Saturday I met up with 30 other animal lovers at Burleigh Manor Animal Sanctuary for our second annual Yoga + the Animals event. The day began with iced mint tea and a private tour of the sanctuary to met goats, sheep, a cow, horses, mules, pigs, turkeys, chickens, geese, and donkeys. Next we rolled out our mats on the green grass under a huge oak for an all-level practice. We were enveloped with a gentle breeze, sounds of the sanctuary (especially Greta the chatty goose), and hands-on assists by Courtney Hattan.

Thanks to participants’ support, we raised $1500 for the work of Burleigh Manor and $500 for Tranquil Space Foundation’s new Pigs & Pugs Project. We immediately used the funds to support Woodstock Animal Sanctuary’s rescue of four sick piglets and their mother.

My favorite Hindi mantra is Lokah Samastah Sukhino Bhavantu and Sharon Gannon translates it as: May all beings everywhere be happy and free. May the thoughts, words, and actions of my own life contribute in some way to that happiness and to that freedom for all.

I’m enrolled in University of Tennessee’s Veterinary Social Work program and have transitioned the work of Tranquil Space Foundation to focus on animal welfare. So, no Sharon, I haven’t forgotten the animals. I believe all beings should be happy and free. And this is what makes me come alive. Namaste.

Here’s how you can help: adopt a farm animal, support pug rescues (here’s our local one), support farm sanctuaries, try veg (pick up a starter kit at one of Tranquil Space‘s front desks).