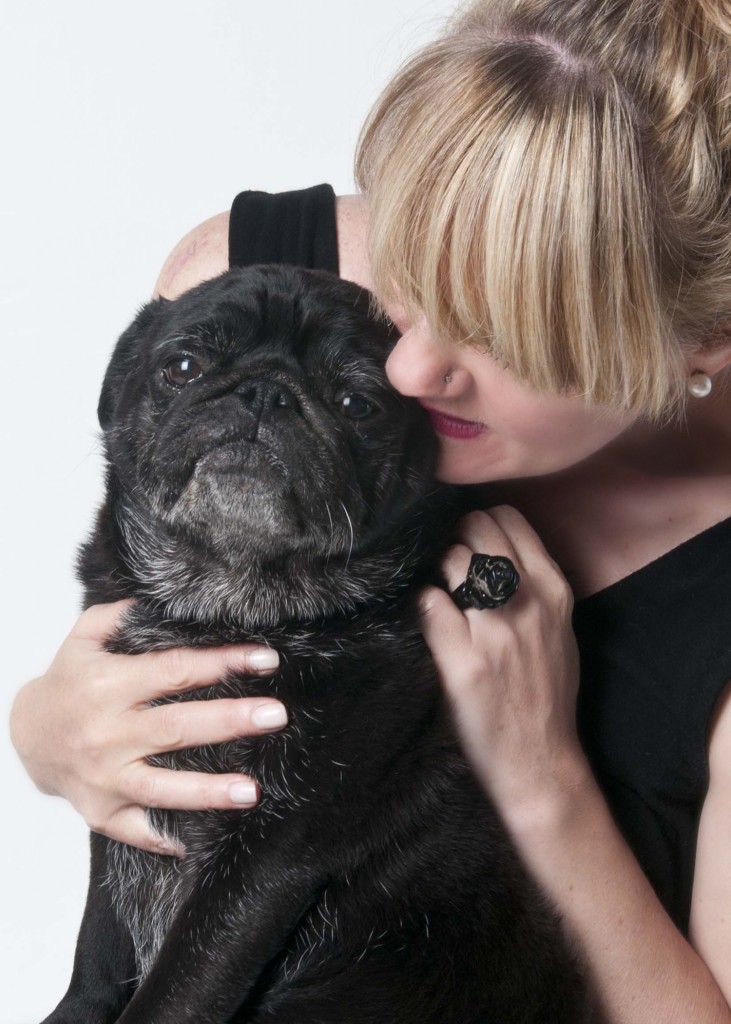 photo by the lovely lara blair

Yesterday I told someone that I needed a balm for my body, especially my heart. Something to help soothe a loss that has affected me deeply.

Le Pug’s MRI following a grand mal seizure led to a brain cancer diagnosis in January. We’ve been filled with anticipatory grief of what was to come. He was given two to three months.

In February, we drove him to Florida to hit a dog beach and soak up sunshine. In March, we made it to Hilton Head for more of the same. We had last weekend set aside for a final jaunt to Le Beau’s cabin and this weekend for camping in Miss Lillie, our vintage RV. Unfortunately, his tumor had other plans and April’s adventures were not to be.

Le Pug was 10.5 years old and quite healthy up until the end so in one way, we’re grateful. In another way, we’re broken. We expected 15 years and the January diagnosis left us crushed. Our whole world changed.

We didn’t leave him home alone due to the possibility of a seizure. We didn’t make any plans beyond what had already been set before the diagnosis. We watched him lose interest in his beloved Teddy, playing fetch, and exhibit confusion. His steroid and anti-seizure meds made him sleepy and sometimes wobbly. The tumor started in his left nostril before moving into his brain, so he shifted to mouth breathing when it blocked his air passage.

Despite his decline, he remained a loyal, loving companion who never missed an opportunity to consume a treat. After his diagnosis, he would do his standard manipulation trick of scratching on the sliding door to go outside. We’d let him out and he’d come right back, not having done a thing. We rewarded him still declaring it, “treats for doing nothing!” He was a fan. And this happened repeatedly. He was no dummie.

Last week his condition took a nasty turn. He had cluster seizures Wednesday morning before we rushed him to his caring neurologist. She admitted him to ICU, increased his anti-seizure medication, and reminded us that he would not improve, only stabilize, hopefully.

Stabilize he did and, unsurprisingly, he also won over the team working with him. He returned home and subsequently had five more seizures despite the increase in medication. We were heartbroken.

Le Beau and I were on the same page about quality of life being of utmost importance in our decision making on when to let Le Pug go. It was time. 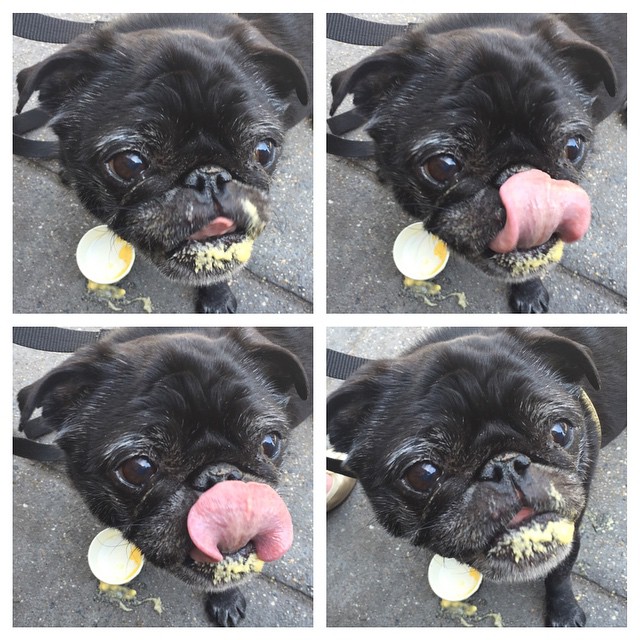 On our last day together, we went for a couple gentle walks and took him for a cup of champagne mango sorbetto at our favorite gelato spot. You can see above that he was a fan. We love the pictures because he looks like a puppy {sorbetto covering his gray beard} and his messy joy shines through.

The past six days have been a blur. Le Beau and I feel lost, empty actually. Feeding Le Pug started our day and letting him out one more time completed it, for over a decade.

We picked up his ashes, got him an urn fit for a king, and are creating a memorial garden in our 100-square-foot back yard surrounded by a stone Buddha, monkey grass {his favorite}, and flowers.

I’m rereading Grieving Mindfully which helped me through the loss of my Gramma in 2012. It states, “to love is always to open oneself to the grief of loss. However, this loss is not to be confused with the loss of love. Grief is the experience of loss in love.”

We grieve because we loved. And to have loved is a beautiful gift.

While googling “how to deal with the loss of a dog” yesterday, websites encouraged creating a legacy through writing stories, poems, or letters, along with making a memorial, scrapbook, or planting a tree.

That’s why I set this up as Part 1. I’d like to process pieces of the grief experience here, while also sharing stories of love and inspiration. And there are many!

Why? Because this allows me to share the journey with you while honoring the memory of someone who made 1/4 of my life incredibly special. Bisous. x