Where do I begin? 2019 felt both long and exhilarating all rolled into one. Similar to my former week and month in review posts, below is a list of experiences from this year in no particular order. 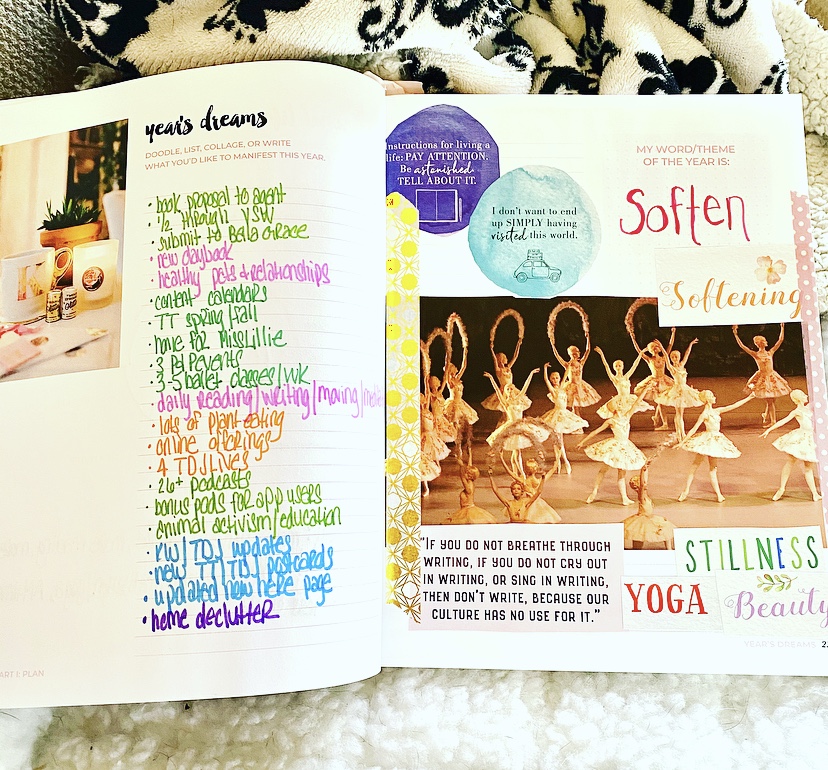 To compile this list, I thumbed through my planner, dug into online systems for numbers, reviewed blog posts, and asked Tim, “What experiences do you recall?”

One thing that stands out to me is the amount of hosting I did—in-person and online. As an introvert, this is a lot of “on” time and I definitely felt it.

Considering the majority of my weekdays are filled with therapy and coaching clients, I’m also surprised to see how balanced the year looks with travel, concerts, professional development, exercise, and shows. Yay!

While reviewing the 2019 dreams penned into Year of Tranquility (see above image), I recognize that I didn’t manifest certain goals—book proposal to agent, magazine and online writing submissions—along with others that I created as the year unfolded such as bi-monthly Tea with Kimberly videos and weekly Love Notes.

I fell in love with jazz, adjusted to Tim being back in an office full-time, spent quality time with my family, and returned to a regular yoga practice. I also recognized I was falling back into overscheduling habits and plan to make changes to right the ship. I’ll share more about this and my 2020 dreams in next week’s Year in Review podcast.

In the interim, please save the date: Sunday, January 5 is our FREE one-hour New Year, Fresh Start TDJ Live and you can sign up for it HERE.